Yes, it’s been two months since my last post much to my chagrin.  I’ve also fallen behind on posting for “Compilation Tuesdays” and “Throwback Thursdays” over at the Facebook page.  As Kevin Bacon said to the crowd just before being trampled flat in Animal House, “Remain calm!  All is well!”

I completed the digital transfer of the cassettes in Jim Benson’s local music collection which he loaned me and I am now tackling his vinyl collection.  Once again, Jim has been gracious with his time walking me through what he feels are the “must listens” from 1985 to 2000 including about two dozen LPs/EPs and about 50 singles (remember those).  And let me tell you, there are a number of records that I’m really excited about digitizing and sharing including some really rare ones that are an important part of our shared musical history.  These releases cover a number of different genres, too, highlighting just how diverse the NE Ohio music scene was in those days.  In order to understand those fifteen years, I’ve also had a chance to reach back to the late 70s/early 80s which has led me to some of the artists and bands that set the stage for our renaissance years including The Generators, The Wild Giraffes, The Easter Monkeys and Lucky Pierre to name a few.  While some of those bands were no more by ’85, most of the musicians were still performing well into the 90s and beyond.  Look for more classic music postings closer to the Thanksgiving holiday.  Until then, check out what’s already posted to my YouTube channel.

On Saturday, September 29th, I made the trip to Lakewood for the Phantasy Phlea,  a sale of memorabilia and other items from the Phantasy complex.  I hadn’t been inside the Nite Club or Theatre in 25 years.  Owner Michelle DeFrasia generously allowed my daughter and I to wander the Nite Club, take photos and stand on the stage.  I also finally got to meet the legendary Marky Ray and talk about the Listen project with him.  He is an encyclopedia of Cleveland music history and I can’t wait to sit down with him again. 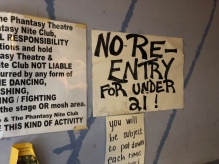 On Saturday, October 13th, I attended WRUW’s annual “Studio-A-Rama” show to finally see Paranoid Lovesick live for the first time.  PL did not disappoint.  Founding members Bill Stone (guitar/vocals) and John Potwora (drums) were joined by guitarist/vocalist Chip Ficyk of The Lowlies, bassist/vocalist Todd Thuman from Stupid Beautiful Heaven and guitarist/vocalist Bill Bohnert for this gig.  The band played a 40 minute set in front of a crowd that was, from the first song, hooked on PL’s blend of power pop and comedy improv show.  The band ended their much too brief set with “Velvet” dedicated to their late original lead guitar player, Rick McBrien who passed away suddenly in February 2003.  I know Rick is proud of these guys keeping the PL Universe Boat afloat.   Look for more shows soon. 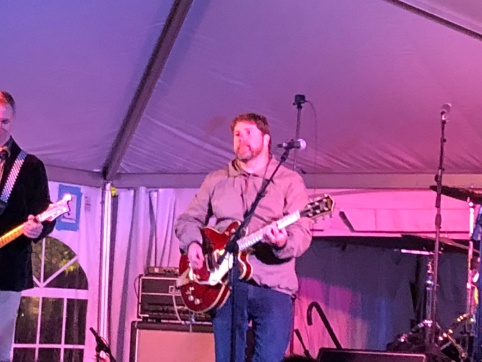 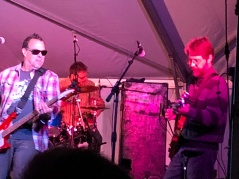 Over nine months into this project and I am finally starting to formulate an action plan.  I’ve spoken to a number of people who want to lend a hand and believe me, if you offer to contribute, I won’t say “No.”  There have been several cool ideas for utilizing the material I’ve been collection.  Remember, this project is not just about preservation.  It’s about accessibility, too.  Drop me a line at chris@listenclevelandmusic.com with anything you might like to contribute.