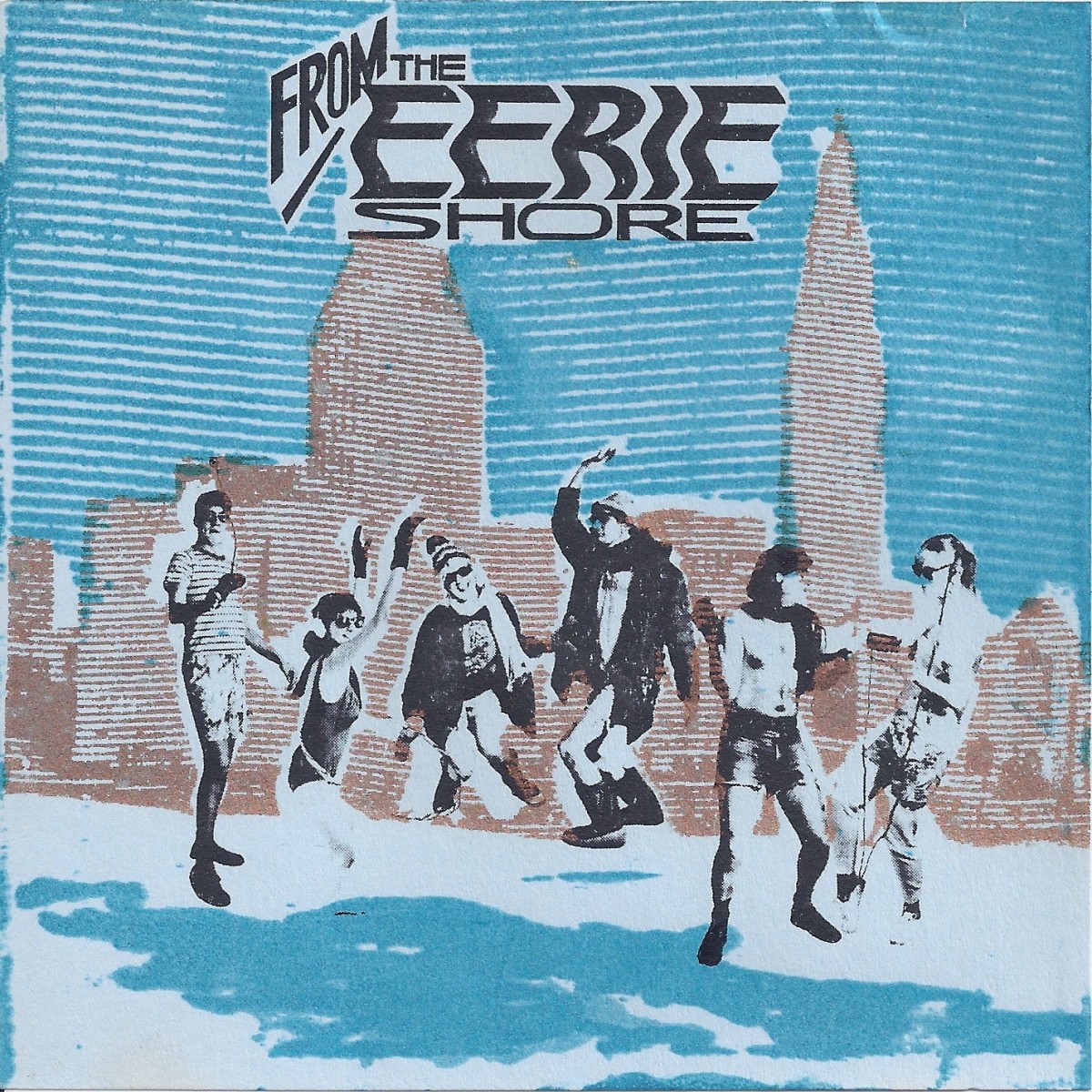 As I work my way through my ever growing pile of Northeast Ohio music from between 1985 and 2000, I am going to use the blog to highlight the releases.  In order to share this music (most of which has been long out-of-print or hard to find), I’ve posted numerous albums from the era to my YouTube channel.  I’m not intending on following a chronological order and there’s no significance to publication order.  I grab a CD or album, listen to it and write.  If you have ownership and/or copyright interest and want a video taken down, please email my at chris@listenclevelandmusic.com and I will delete it.  Hopefully, though, you will want to share your music with family, friends, fans and perhaps a brand new generation of listeners.

This first CD is significant to me personally because it was the first compilation of Cleveland music that I ever heard thanks to Chris Keffer.  My cover band, Free For All had been recording a promo cassette at Magnetic North Studio when Chris’ band, Atomic Café, broke up and The Walk-Ins formed out of the ashes.  We were in for a tracking session and during a break, Chris played us the two cuts from the Walk-Ins that were going to be featured on a brand new compilation CD called From The Eerie Shore.   When I listened to the whole “Eerie Shore” for the first time, as a 19 year old musician and budding songwriter I was struck hard.  Playing covers quickly became a thing of the past and I knew that writing and playing original music was not just where I wanted to be, but where I NEEDED to be.

Co-produced by Sosumi’s Malcom Ryder and John Walsh for Synthetic Records and Jim Clevo for Jim Clevo Presentations, this was Clevo’s first co-produced compilation not specifically targeting the College Music Journal’s (CMJ) Music Marathon. Earlier in 1988, Synthetic Records (Sosumi’s label) released “Crash Course in Cleveland Life” (Synthetic Records 001) as a vinyl LP and four of the six bands featured on that release, Sosumi, The 14th Floor, The Floyd Band and The Vivians, appear on “From The Eerie Shore” each with two cuts except for The Vivians who contributed only one track. The switch to the CD format allowed for 14 bands to showcase their talents and most of these new contributors were markedly different from the hardcore, punk sounds found on “Crash Course” including two synth driven cuts, “Greenland” from Home & Garden and “By Any Other Name” from Gunnblue; the jangle rock “Fear And Tenderness” from The Chimes; and Max Crucial & The Krushers’ tight punk/power pop number, “Color Of Your Eyes.” The CD also features two unique cuts from the embryonic Walk-Ins featuring their original lead vocalist, Bonnie Bowers: the ethereal “The Rain Came Down” and the guitar rocker “Comfort and Joy” featuring a blistering guitar solo. With a change in lead singers and the addition of violinist Ed Caner shortly after the release of “From The Eerie Shore,” The Walk-Ins would never release a song with a sound remotely close to these two tracks.  This disk is significant to understanding the evolution of the Cleveland music scene as the 80s were drawing to a close.  Take a listen!

Postscript:  Can anyone name the models for the cover and the program?  If so, leave a comment.  I’m really interested to know who they are. 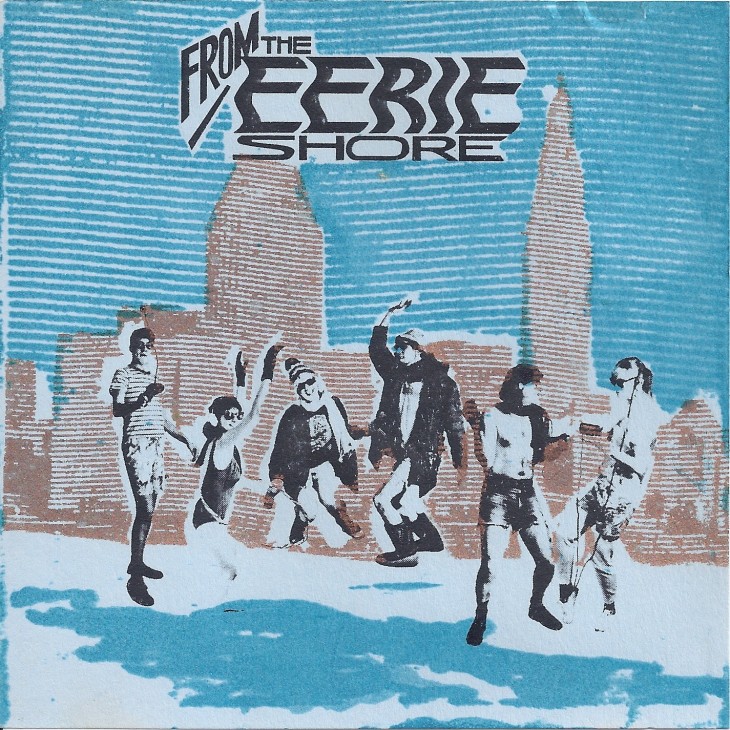 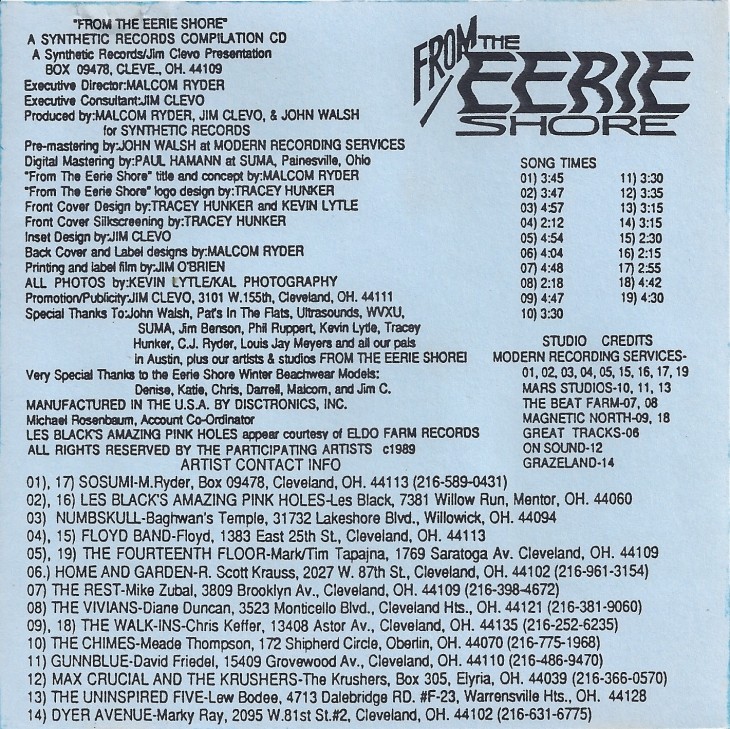 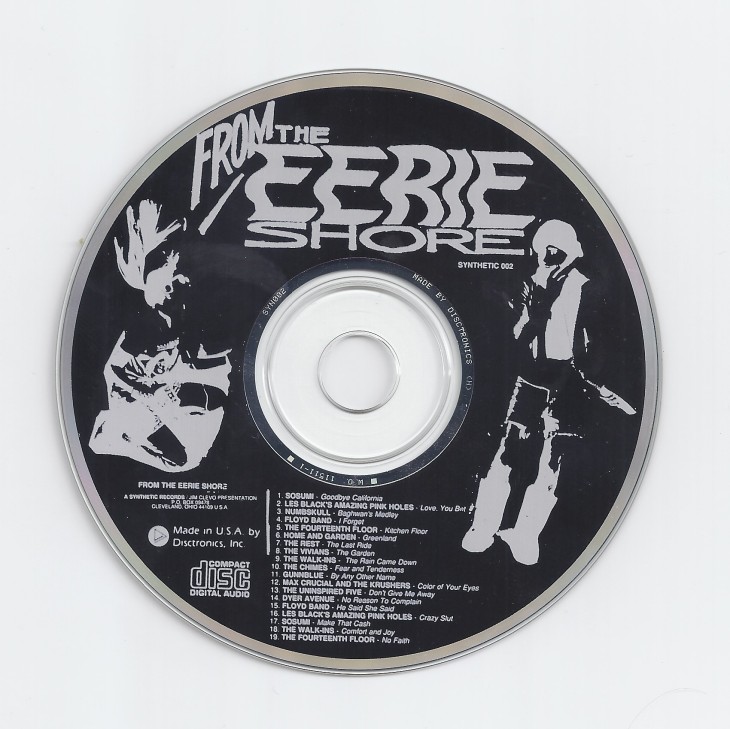 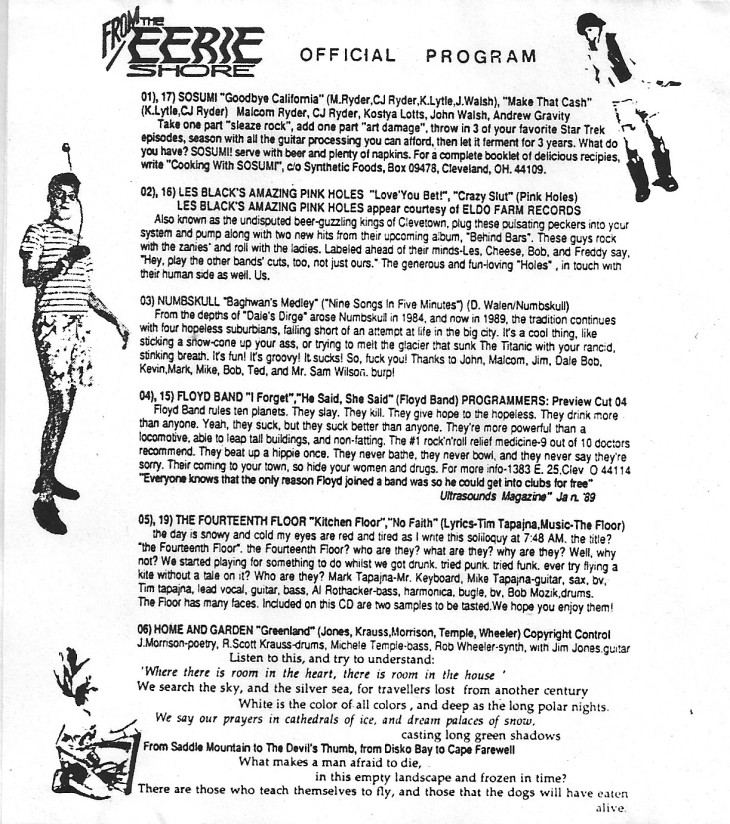